Say you needed to quickly determine the notes in an E Aeolian scale. We know that Aeolian corresponds with the sixth degree of the scale, so simply start count- ing the pattern of intervals from the sixth position. You’ll find a new pattern of whole, half, whole, whole, half, whole, whole. Count up from E with this interval pattern and you’ll have your mode! Each of them has their own pattern, based on the original Ionian one but starting at a different position on the scale. 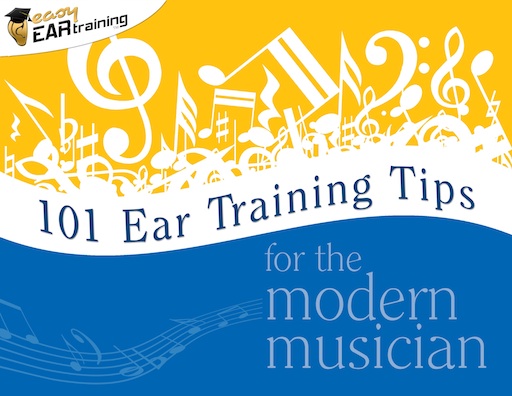 With ear training you can enhance your ears for music.

But we all need a helping hand to keep motivated, enthusiastic and inspired when learning something new...
"101 Ear Training Tips for the Modern Musician" is the new eBook with 101 tips, tricks, and fresh ideas for keeping your ear training fun, easy and effective.